You are currently browsing the archive for the art category.

I was a little afraid. How would it feel? How would the reaction be. What would the others say….

A month ago my brother asked me if I would do some VJing on his x-mas concert. The band of his is called nyhs and they make live electronic music (a minimal drumset, a guitar that you can’t recognize, and two people with keyboards adjusting knobs). This doesn’t say much: so just hear some examples on their webpage.
This was the time when I got to know about proce55ing and I just thought: hm could that work? I said “Yes! I will do it! (but don’t expect too much)” to my brother and started to work.

At least in my spare time, or whenever there weren’t any much more important things to do, I build a framework for “Effects” that could have different modes, color-spaces, respond to MIDI notes (which I would get from my brother) or to live video. 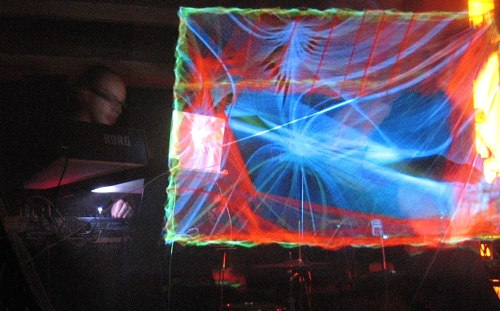 As I haven’t done much algorithmic computer art, I basically let me inspire from the many source examples from the processing website and others ( thanx for sharing your wisdom ), chose the most beautiful and adopted them for my framework.

In the beginning of this process I wondered and feared that I would get enough interesting stuff together to fill a whole evening.
In the end I had about 20 different effects and I couldn’t even show them all because the concert lasted only 1 1/2h. As you can calculate this is about 4.5 min per effect. This sounds boring, but I thought it wasn’t (!) and even people that didn’t know me (or my brother) said it was nice to watch. The beauty of most the effects laid in waiting for the image to build itself. Just a short look and you would think nothing happens but, if you talk with you neighbor and look at the screen again it has changed. The beauty lies in slowness. 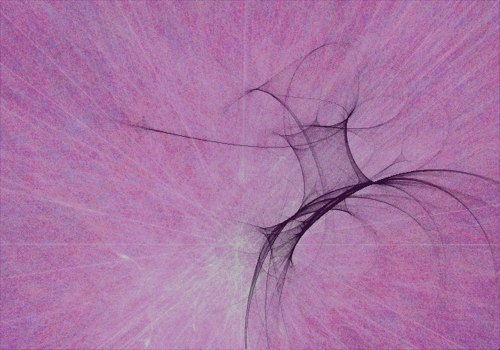 I couldn’t expect more and are relieved that it went like that.

Some tech specs: 2 iBooks (800 and 1200), Ableton Live, Processing (modified svn version to show fullscreen on 2nd screen, but fullscreen on all screens), MIDI transfer over Airport and an iBot webcam (that wasn’t any use because it was too dark).